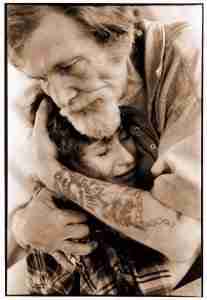 Is God obligated, even when forgiveness is granted, to remove the consequences of sin? Put differently, is it wrong for God to continue imposing consequences for an offense though forgiveness may be granted? What do you think?

Consider Numbers 14. The people of Israel have just been freed from slavery in Egypt and on their way to the promised land. Despite all the miracles God performed on their behalf Israel is shaken into fear and unbelief when they learn the indigenous people of the promised land are mightier than they. Rather than trust the Lord, Israel “raised their voices and wept aloud” crying “Why is the LORD bringing us to this land only to let us fall by the sword? Our wives and children will be taken as plunder. Wouldn’t it be better for us to go back to Egypt?”

In a word, they failed to trust God. Were it not for Moses’ intercession asking God to forgive their rebellion for His name’s sake, God would have destroyed them for their unbelief. Instead, the Lord replied:

“I have forgiven them, as you asked. Nevertheless, as surely as I live and as surely as the glory of the LORD fills the whole earth, not one of the men who saw my glory and the miraculous signs I performed in Egypt and in the desert but who disobeyed me and tested me ten times–not one of them will ever see the land I promised on oath to their forefathers. No one who has treated me with contempt will ever see it.

Thus began a 40-year trek south into the wilderness instead of an 11-day migration to the promised land. As I recently read in a note my daughter sent to me, God as the faithful One not only keeps his promises but carries out his threats.

Consider this fictitious scenario. A teenager breaks into your home and steals your stereo. You later learn the thief is a believer whose faith has shipwrecked so you confront and challenge them to repent, ask for forgiveness, and return your possessions. They in fact do so. You grant forgiveness (according to Luke 17:3, for instance). Are you obligated to invite that person into your home? Would you feel safe in doing so?

What do you think?