What’s in a name? Well, everything to do with gender. 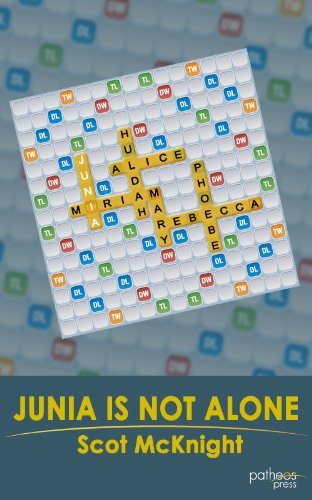 Junia is Not Alone is Scot McKnight’s new e-book (I prefer to call it an e-Essay, since the length was hardly bookish). It’s a good read and piques interest in the business of Bible translation suggesting that God’s Word was actually changed to favor men over women. The controversy? In a word (or letter!), Junia in Romans 16:7 received a sex change and became “Junias.” Only the 1995 NASB retains the masculine rendering of what otherwise is undoubtedly a feminine name. The NASB does retain her in a footnote, however, despite N. T. Wright’s comments (and in concert with practically every other NT scholar in their right textual mind) that “not a single historical or exegetical argument was available to those who kept insisting, for obvious reasons, that she was Junias, a man.”

Check it out for yourself! (Requires the free Kindle reader.)

The first noticeable shift from Junia to Junias was apparently made by Faber Stapulensis, writing in Paris in 1512. His work subsequently influenced Luther’s commentary on Romans. Luther then incorporated the masculine Junias into his German translation of the Bible which in time influenced other versions. However, the theoretical masculine name Junias has never been found in any Latin or Greek text. The name Junia, however, has appeared over two hundred and fifty times. Thus to insist on this being a masculine name is like finding a text with the name Mary in it and arguing that it refers to a man! Such an argument is theoretically possible but would surely hinge on the finding of at least one text where Mary is clearly a male name.

Greet Andronicus and Junia, my fellow Jews who have been in prison with me. They are outstanding among the apostles, and they were in Christ before I was.
(Rom 16:7, NIV)

What’s in a name? Everything.

Spread the word (please & thank you)
2011-12-05
Previous Post: Women Who Are Subjected to Abuse
Next Post: Does God “Intervene?”