“I and the Father are one”

“Jehovah’s Witnesses who do not believe that Jesus and Jehovah are one in essence.”

My good friend from Birmingham, Alabama called me a few days ago and indicated he had Jehovah’s Witnesses come to his home. Being passionate for the non-Christian, my friend let them into his home and had a long discussion over the nature and identity of Jesus. Jehovah’s Witnesses are theological descendants of Arius’s teaching, which was rejected in 325 CE at the Council of Nicea. Along with Arius, the Jehovah’s Witnesses (JWs) do not believe that Jesus is fully God, but is merely a creature created by God (see here for a historical summary).

Some of the discussion between my friend and the JWs centered on John 10:30 where Jesus states “I and the Father are one.” My friend indicated that the JWs understood Jesus to mean that he and the Father are united in their purpose; not that they are essentially the same. Just as a husband and wife are one in purpose, so Jesus is aligned with God’s purposes. “But,” says my friend, “why did the Jewish opponents then seek to stone Jesus because they understood this claim to mean Jesus was saying he was God?” (see Jn 10:31-33). It was at that point in our phone discussion that I said to my friend the JWs may not be so far off in their understanding.

So, what exactly did Jesus mean when he states “I and the Father are one?” Was this a claim to his essential identity as God?

First, it’s important to highlight some constructs that came out of the discussions at Nicea and later out of Chalcedon. Athanasius fought relentlessly for the notion of “consubstantiality” between the Father and the Son. That is, there is a numerical unity of substance (the language used was homoousious) between God the Father and God the Son, yet the Father is not numerically identical with the Son. This was later spelled out in the Chalcedonian statement (451 CE), which affirms that Jesus of Nazareth is substantially identical (consubstantial) with God the Son, the second person of the Trinity. To claim “Jesus is God” understood as an identity claim of essence makes sense of the biblical revelation, although the reciprocal statement, “God is Jesus,” results in some confusion. No historically informed and biblically committed Christian could maintain that Jesus is numerically identical with God the Father. This is the error of Sabellianism (a confusing of the persons in the Godhead). We can say that God the Son is numerically identical with Jesus of Nazareth but essentially identical with God the Father, because they share in the same divine substance or essence. All this to say that when Christians maintain that Jesus is one with God, it is not a claim to numerical identity; only a claim to essential identity, which Nicea and Chalcedon help us formulate.

The context around John 10:30 speaks to Jesus and the Father giving life to his followers, his sheep, and the preservation of them. Verses 28-29 make that clear. And so a prima facie reading of Jesus’s claim “I and the Father are one” suggests this is a functional oneness and not a claim to essential oneness. Jewish belief included a divine Messiah who was God’s Son (see Jn 5:18). If “the Son can do nothing by himself; he can do only what he sees his Father doing, because whatever the Father does the Son also does” (Jn 5:19), then the Son and the Father function as one in purpose, just as the JWs claimed Jn 10:30 means. 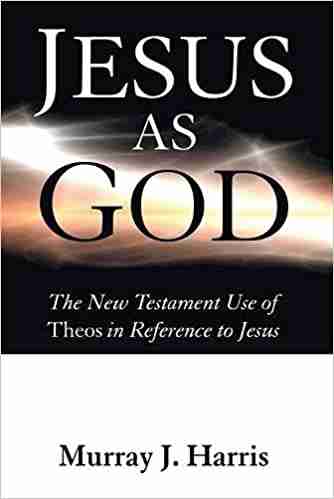 insists, if on multiple occassions Jesus performs in ways that only God the Father functions, then it’s not a far distance to travel to see metaphysical overtones between the Father and the Son (see also Mark 2:1-12). The oneness of will is a oneness of divine will and, “although the categories are formally functional some deeper union is presupposed” (Carson, The Gospel According to John, p. 395). In other words, if it walks like a duck, quacks like a duck….

The reaction of Jesus’s opponents to execute him (Jn 10:31-39) based upon a claim to deity in Jn 10:30 is what my friend pointed to in defending Jesus’s oneness with God (see also Jn 5:18; 8:40, 59 for similar reactions to Jesus). And so “why did the Jewish opponents seek to stone Jesus because they understood this claim to mean Jesus was saying he was God?” The answer is precisely because Jesus’s opponents also understood that a claim to oneness of will and purpose was tantamount to a claim of oneness of essence. Interesting that, given Jesus’s strong Jewish monotheistic belief, he did not deny his opponents’ understanding, just as he did not rebuke Thomas for his worship of him (Jn 20:28). Although “I and the Father are one” is a claim to equality of power and purpose, no one but God has the power of God! If Jesus functions as God, then it’s not unreasonable to conclude that he is equal with God. This is how Jesus’s opponents understood his claim in Jn 10:30 and this is why they sought to kill him. As Harris says “the image conforms to its prototype (cf. Col. 1:15), the reflection to its source (cf. Heb. 1:3)” (Harris, Jesus, p. 285, n38).

It turns out the JWs were not far off in their understanding of Jesus’s statement, but neither was my friend far off who insisted that Jesus meant he is essentially God.

Spread the word (please & thank you)
2012-01-26
Previous Post: How are Hobby Lobby, CNN, and the Book of Romans Connected?
Next Post: Why Philosophy Matters to Your Faith