The matrix that follows is a snapshot intended to highlight key features that are generally true of each apologetic methodology addressed. This was presented to the Reasonable Faith Chapter in Phoenix, Arizona on July 10, 2012. (Note: Clicking either image below will permit downloading the corresponding PDF file.)

Although not mentioned, the modus operandi of classical apologists (e.g., Norman Geisler, William Lane Craig, R. C. Sproul) is first to establish the existence of God before demonstrating the truth of particulars in Christianity. I’m aware other methods exist but have chosen not to include them here in the interest of brevity, space and formatting (e.g., cumulative, fideism). See Five Views on Apologetics (ed. Steven B. Cowen) and Christian Apologetics (Douglas Groothuis) for more details.

In full alignment with the spirit of a personal communique with Mike Licona, I do not think it especially productive or fruitful to engage in endless debate over apologetic methodology. While it’s academically useful to know and understand varying methods, the goal of this exercise is in keeping with the three-fold purpose of our Reasonable Faith Phoenix Chapter: 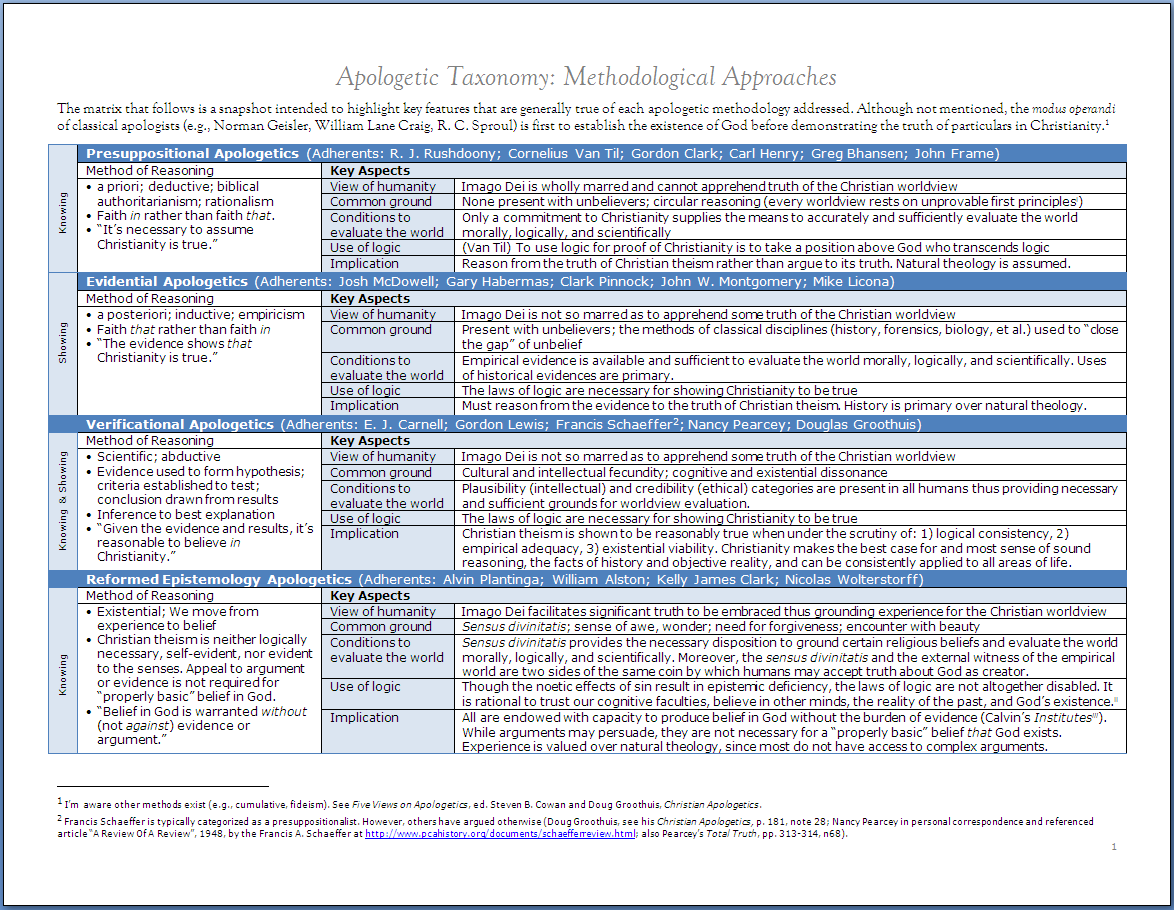 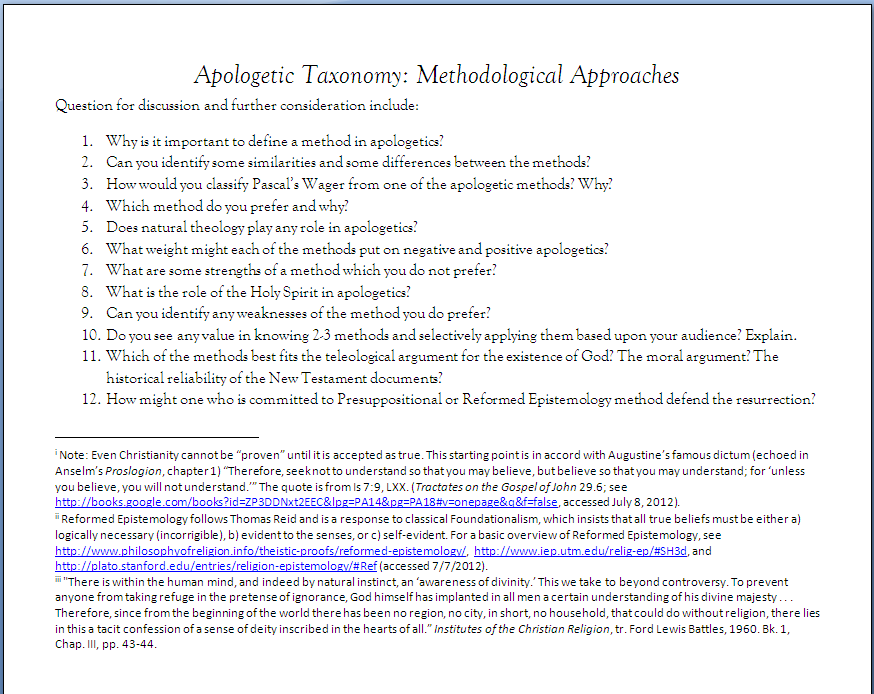