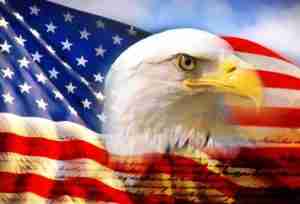 On July 4th, 1776, America declared the 13 colonies independent states and free from the rule of Great Britain. With this declaration came the sound of freedom and liberties that Americans have not only enjoyed but encouraged other nations to embrace for more than 200 years.

But I have to ask (and allowing me some equivocation here), “Are there really any ‘independent’ nations that are entirely free? In fact, do any ‘independent’ entities even exist?” The logical complement to independence is dependence. With this in mind, I’d like to introduce the notion (familiar to most who’ve studied the existence of God arguments) that there are no truly “independent” nations, states, societies, or persons. You see, every existing thing in the universe, if not independent, requires a cause for its existence. It follows, therefore, that every caused thing is dependent upon some prior cause for its existence. So we have to ask:

“What is it about the universe that supports the claim that the it requires a cause?”

Before proceeding, a brief (if not underdeveloped) background on the metaphysical categories of “necessity” and “contingency” would prove helpful to those unfamiliar with philosophical speak (see here for fuller discussions).

With respect to America’s “independence”, consider:

These things said, I declare an official Dependence Day for America, since it is a contingent entity whose existence “depends” entirely upon the One and Only God of the universe. “For in him we live and move and have our being” (Acts 17:38).