On the [Eternal?] Subordination of the Son

Graham C. Cole has an outstanding lecture entitled “Trinity without Tiers” (download the MP3 here) introducing the controversy over the eternal subordination of the Son to the Father and the dangers of applying the relationships among the members of the Trinity to male-female relationships. It’s well worth the listen. I especially appreciated Cole highlighting the Augustinian constructs regarding interpreting passages that speak of Jesus qua God vis-a-vis passages that speak of Jesus qua Man, and/or both as in the communicatio idiomatum. (Incidentally, I was shocked to learn that John Piper believed it would have been a sin for believers to vote for John McCain since a woman (Sarah Palin) may be in line as president, should McCain be elected and his health fail! See here.) 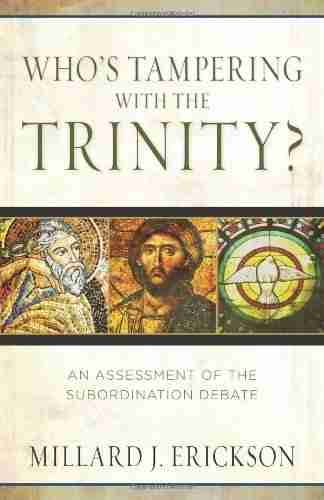 Millard J. Erickson’s Who’s Tampering with the Trinity?: An Assessment of the Subordination Debate is an excellent and accessible resource that fairly and charitably lays out the views of Wayne Grudem’s and Bruce Ware’s belief in the Son’s eternal subordination and “exposes flaws in familial implications derived from the Trinity.” As a master systematician, Erickson annotates the theological, biblical, historical, and philosophical concerns with eternal subordination of the Son.