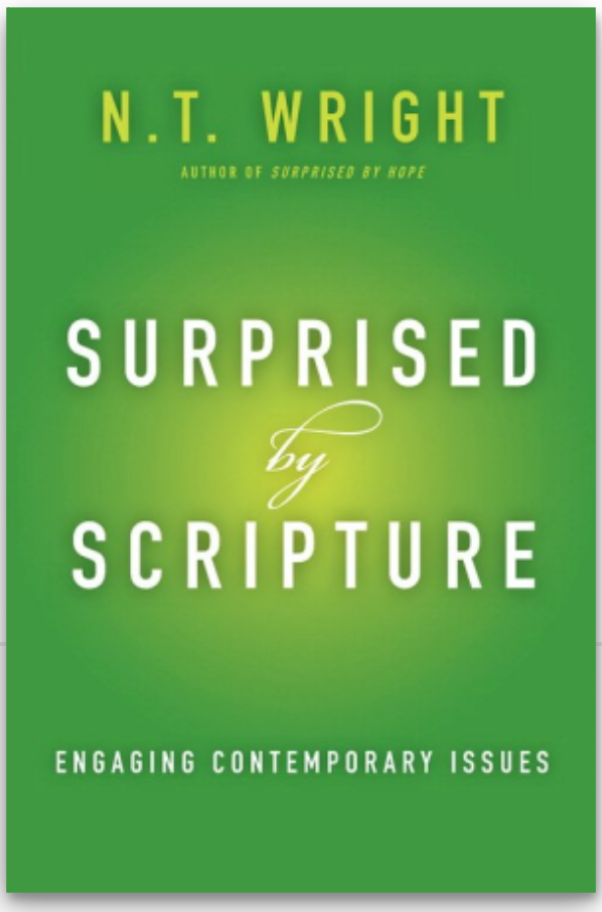 is sweeping in its scope. Addressing a variety of topics from science and religion to economics or women in ministry, this is a good introduction to some thoughtful ways of looking at issues facing the contemporary church. As a trained apologist, I especially appreciated his stance on the limitations of scientific investigation and the reality of the resurrection of Christ. Wright says

Science studies the repeatable, while history studies the unrepeatable. Caesar only crossed the Rubicon once, and if he’d crossed it again it would have meant something different the second time. There was, and could be, only one first landing on the moon. The fall of the second Jerusalem Temple took place in AD 70 and never happened again. Historians don’t, of course, see this as a problem and are usually not shy about declaring that these events certainly took place even though we can’t repeat them in the laboratory. But when people say, “But that can’t have happened, because we know that sort of thing doesn’t actually happen,” they are appealing to a kind of would-be scientific principle of history, namely the principle of analogy (pp 44-45).

Of course Wright would not claim that historians have a corner on the objective world, while scientists only argue from induction (out of which arguments from analogy are derived). He wisely states, “sooner or later, questions of worldview begin to loom in the background, and the question of what kinds of material the historian will allow on the stage is inevitably affected by the worldview within which he or she lives” (p 45). What we allow in the front door of our beliefs will be understood by what we’ve already permitted through the back. Our worldview matters for how we view the evidence and what we count as evidence.

Nevertheless, it’s easy for many (most?) to assume that dead people do not come back to life since it is not part of one’s common experience. We all live in the world of inductive reasoning yet too often it controls our thinking such that experience is given a kind of authority that governs our behavior and beliefs. After all, who would go back to a restaurant after an initial visit in which the food or service was awful? That, too, is a kind of argument from analogy, by presuming that all future experiences would be like the first. Yet it is possible that the restaurant had an off-day. So too it is possible that the dead do come back to life.

Spread the word (please & thank you)
2014-06-16
Previous Post: A Father’s Day Note to Children Who Believe
Next Post: Faith and Reason: Friends or Foes?