The Gospel in the Marketplace of Ideas: A Summary Review, Part 2

This is the second of three installments on 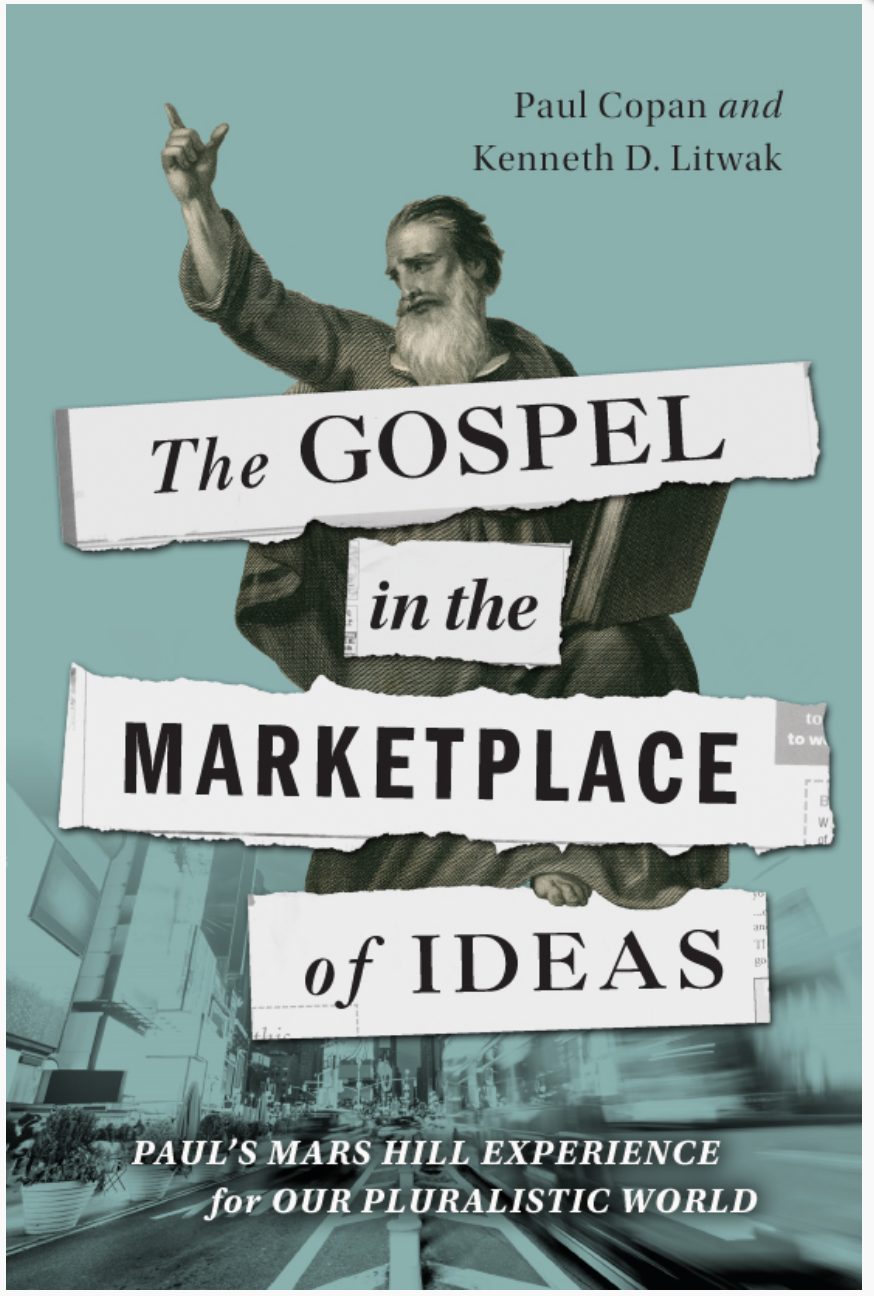 The Gospel in the Marketplace of Ideas. See here for Part 1.

Chapter 4, titled “Our Athens” speaks to bridging the ideological and cultural gaps that inhibit gospel presentation. Since living in a non-Christian culture hardly yields a warm reception to the gospel message, Copan and Litwak rightly insist that we must survey the tactics of Paul’s address in Athens and glean whatever timeless principles for effective cross-cultural evangelism and apologetic endeavors. I found this chapter especially helpful to this end.

Bridges that support these timeless principles involve philosophical, scientific, historical, and ideological means. Not only did Paul wisely make use of these for gospel presentation, the authors show a legacy of figures in the Church who follow Paul’s example. Figures such as Justin Martyr, Irenaeus, Augustine, Anselm, and Aquinas.  So too believers today must bridge the divide between the Gospel and nonbelievers.

As God’s image bearers, we must not neglect to love the Lord with all our mind, which reflects God’s own nature as all-knowing and all-wise. We must not be infants in our thinking (1 Cor 14:10). We should recognize that God can be glorified in the use of the mind. This doesn’t mean that all Christians must be intellectuals or scholars, but they should all be thoughtful and reflect deeply about their faith, the world and how to communicate their faith to unbelievers. (p 46)

“Our Athens” is influenced by postmodernism and relativism, emotivism, religious pluralism and syncretism, scientism and  naturalism. Believers everywhere and at all times must be ready to respond and refute ideas that run counter to the claims of the gospel message. This chapter ably provides the framework for doing so effectively and intelligently using the disciplines of science, history, philosophy, and reason.

Chapter 5 is a careful look at the function and form of speeches in Acts and offers some important insights. Although brief, there are some critical observations that must be taken into account before any claim of failure by the Apostle Paul can stand.

First, “we need to see Acts in its original literary context” (p 64). The authors show that other Greek historiographers did not record every word of a speech but instead offered the “gist of what was said” (p 65). Copan and Litwak demonstrate that Luke followed the same practice of summarizing. Reasons Acts records a summary of Paul’s speech incude 1) reading aloud some of the speeches in Acts would only take a couple minutes at most and surely they spoke longer (p 66-67), 2) different literary styles would be evident when quoting different people, since not everyone speaks the same, yet Luke used the same literary style when quoting different speeches.

A detailed comparison showing similarities and differences both in content and reception of the speeches in Acts demonstrates that each was audience-specific and, therefore, necessarily had mixed responses. Incidentally, but not unimportantly, the authors show that the mixed response was foretold by Simeon’s prophecy (Lk 2:22-24). They reasonably conclude

There is no reason within Luke’s two-volume narrative to think that Paul failed at Athens. Had Luke been seeking to say that, he would likely have presented it more explicitly and not told us about Dionysius or Damaris. (p 73)

Chapter 6 offers some keen observations that often go unnoticed. For example, there is irony in that the philosophers thought themselves wise while Paul was a mere “seed-picker” (σπερμολόγος, translated “babbler” NIV or figuratively an “information scavenger”) who is ignorant. Yet Luke portrays  Paul’s audience as the foolish ones by waisting time debating (Acts 17:21). In addition, this is the first instance where Paul takes advantage of both a different venue (other than the synagogue) and a different audience (whether commoners in the marketplace or the intellectual elite of the Areopagus).

Using a “well-known practice in Greek rhetoric” (p 80) Paul compliments the audience in his opening remarks. He made good use of common ground between Christianity Rather than letting the agitation get the best of him and contemptuously storm out of the city, Paul took advantage of the idolatry and pride of Athens to present the gospel message.and the philosophers (pp 81-83), yet did not compromise the gospel message. The practical application is apparent, since “Paul could not assume every member of the audience believed exactly the same thing…so it is necessary to ask questions and learn about what an individual thinks” (p 82). Both Paul here and Jesus in Jn 4:15-19 made the effort to learn about their audience and share the gospel message “in an appropriate way, with appropriate topics” (p 83).

After surveying the Greco-Roman views of the afterlife, Copan and Litwak insist that Paul’s speeches in Acts 13, 14, 17, far from showing failure, should be viewed as a paradigm for reaching everyone, including the intellectual elite of our day. They argue

Luke saw each of these speeches as a sufficient model for each category of audience. Paul’s experience in Athens would show Luke’s audience that, yes, Christians should indeed seek to reach the intellectual and social elite. (p 90)