I’m delighted to learn of this upcoming release (March, 2016) by Baker entitled 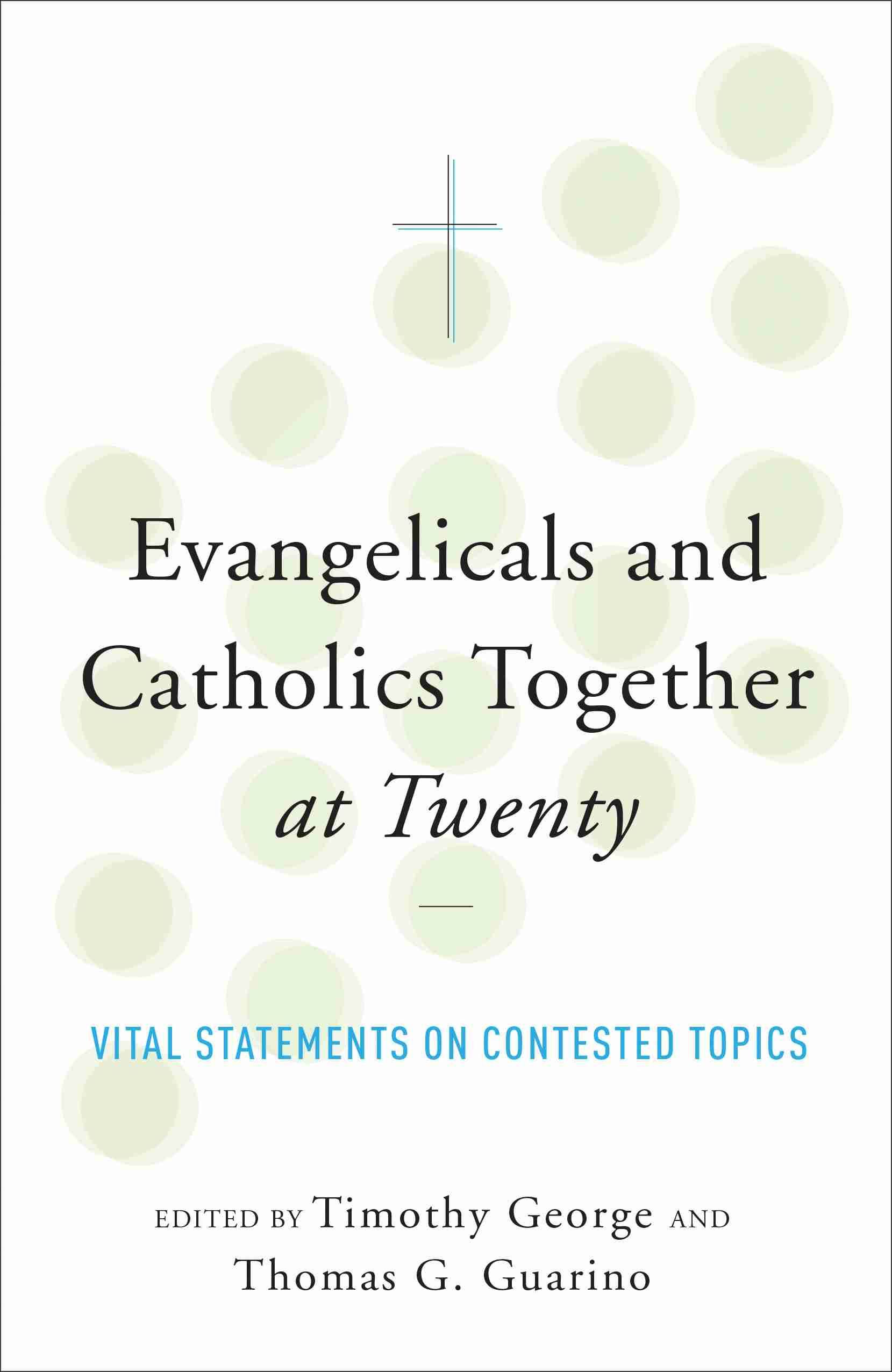 Evangelicals and Catholics Together at Twenty. It looks promising with some prized people in all corners of the discussion. It’s good to see this discussion continuing. There is so much history behind ECT. For example, consultation began in 1992 between Evangelical Protestant and Roman Catholic leaders that resulted in a 25-page document titled Evangelicals and Catholics Together: The Christian Mission in the Third Millennium (ECT). It was originated by Charles (Chuck) Colson and Catholic social critic Richard John Neuhaus and was signed in 1994 by 40 noted evangelical and Catholic leaders. It called for Catholic and evangelical cooperation on social and cultural issues where both traditions share common goals, one example being the fight against abortion. The accord also stressed mutual allegiance to the Apostles’ Creed, world evangelism, and justification “by grace through faith because of Christ,” and encouraged “civil” discourse over doctrinal differences.

The notion of being “justified by grace alone through faith alone in Christ alone” was not explicitly mentioned. While the Catholic Church has always maintained that justification was by grace through faith in Christ, the “solas” of the Reformation were explicitly denied in the Council of Trent and the word “alone” was conspicuously absent from ECT. Now the back story.

Then, ECT II, 1997: The Gift of Salvation (GOS) was born. At a meeting in the fall of 1996, it was determined that further progress depended upon firm agreement on the meaning of salvation, and especially the doctrine of justification. After much discussion, study, and prayer over the course of a year, a statement titled “The Gift of Salvation” (GOS) was agreed to at a meeting in New York City, October 6-7, 1997. The clarifying statement by all ECT Signatories reads:

Justification is central to the scriptural account of salvation, and its meaning has been much debated between Protestants and Catholics. We agree that justification is not earned by any good works or merits of our own; it is entirely God’s gift, conferred through the Father’s sheer graciousness, out of the love that he bears us in his Son, who suffered on our behalf and rose from the dead for our justification. Jesus was “put to death for our trespasses and raised for our justification” (Romans 4:25). In justification, God, on the basis of Christ’s righteousness alone, declares us to be no longer his rebellious enemies but his forgiven friends, and by virtue of his declaration it is so.

The New Testament makes it clear that the gift of justification is received through faith. “By grace you have been saved through faith; and this is not your own doing, it is the gift of God” (Ephesians 2:8). By faith, which is also the gift of God, we repent of our sins and freely adhere to the Gospel, the good news of God’s saving work for us in Christ. By our response of faith to Christ, we enter into the blessings promised by the Gospel. Faith is not merely intellectual assent but an act of the whole person, involving the mind, the will, and the affections, issuing in a changed life. We understand that what we here affirm is in agreement with what the Reformation traditions have meant by justification by faith alone (sola fide).

However, the concept of imputation as it relates to justification was sidestepped in the GOS document, so many notable evangelical leaders were expressing distress over the “agreement.”

In November, 1998, at the ETS Annual Conference a panel discussion was held between Father Martin and J. I. Packer on the Catholic side and Bob Godfrey on the Protestant side. The topic was “Have Protestants and Catholics Finally Agreed on Salvation? A Panel Discussion on the Roman Catholic-Evangelical document, ‘The Gift of Salvation.’” The primary issue in the document “The Gift of Salvation” is that the doctrine of “imputed righteousness” was not present. Hence, Catholics and Protestants remain divided over an essential teaching in the Gospel.

After that time, a new statement was crafted titled “The Gospel of Jesus Christ: An Evangelical Celebration” (1999). Discussions were held early in 1998 between those who supported GOS and those who did not (dissenters included ACE members). It was agreed that a statement was urgently needed which reaffirmed the gospel and justification through faith alone. A drafting committee (The Committee on Evangelical Unity in the Gospel) was composed of evangelicals who agreed with GOS and those who did not. Members included Packer, Sproul, Carson, Timothy George, Erwin Lutzer, John Ankerberg, among others. The statement took more than a year to formulate and is intended to clarify the biblical position of all evangelicals re: justification by faith alone through grace alone in Christ alone.

The Statement was presented In July 2000, at the Christian Booksellers Association (CBA) in New Orleans, in a cooperative effort between CBA, Zondervan Publishers and Moody Press. In addition to the statement itself, Zondervan distributed free of charge thousands of copies of This We Believe, edited by John Akers, John Armstrong and John Woodbridge, which elucidated key elements of the Statement.

In August, at “Amsterdam 2000,” all 10,000 delegates were given a copy of the Statement. As a result, several groups, including Promise Keepers, have added the gospel statement to their ministry doctrinal statements to clarify their commitment to the fundamental truths of the gospel.

“The statement’s carefully crafted affirmation of the doctrine of justification may be its most significant achievement in light of current controversies. The drafters insist that the righteousness of Christ alone is imputed to believers by God’s legal declaration ‘as the sole ground for our justification.’ Further, our justification and adoption are by grace alone, through faith alone, achieved by Christ alone, ‘while we were yet sinners.’ This last phrase is especially important, and the statement continues to deny any notion of inherent human righteousness. This is a significant correction of previous statements popular among some evangelicals, which have confused the biblical teachings on justification, and have surrendered the Reformation achievement.”

The overarching theme and purpose of the Gospel of Jesus Christ is to expound the notion of “justification by faith alone through grace alone in Christ alone.” You can read it here and see my 13-part series here.

Spread the word (please & thank you)
2015-08-14
Previous Post: Currently Reading…
Next Post: Some Highlights from Perichoresis and Personhood