Having Some Fun with Free Will: Podcast 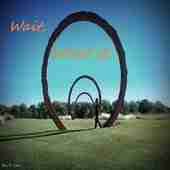 What follows are the notes that I jotted down in preparation for an open discussion on free will that will soon be available on the Wait, what if… podcast series hosted by the inimitable Kevin Sullivan and his guest Mike Stojic. Check out this podcast episode or listen below.

Traditionally philosophers have outlined three positions of free will: determinism, libertarianism, and compatibilism. Below I offer a high-level explication of each. [Note: Despite the opening quotation from William Lane Craig in the podcast episode, for time’s sake we purposefully chose not to discuss free will in relation to theology and God’s omniscience. For an Augustinian move toward what I call theological compatibilism, see my “De Libero Arbitrio (On Free Will)”.]

DETERMINISM
Toward a definition: Every choice and every decision is determined by prior conditions and causes not under our control. Thus, the past controls the present and the future. The presence of alternative options at the time of deliberation give the appearance of free will, yet because the present and future are fixed by the past, free will does not exist. The future is closed and there is no “ghost in the machine” stepping in to change the course of events. Consequently, there is no basis for holding individuals morally accountable for their actions.

“Man is born without his consent, nature does not consult him through the course of his life, nor are his habits and dreams his own as he is unceasingly modified by causes beyond his control and his will counts for nothing that he does” (paraphrasing Henri d’Holbach, d. 1789)

How does determinism differ from fatalism?

Not all determinism entails fatalism. To say an outcome is caused is not to say it is certain (difference between metaphysics = caused and epistemology = certain).

Moreover, determinists do not argue that all events and human actions are inevitable. Inevitability / fatalism argues that no human action matters ultimately and everything is the outworking of pure fate. Whereas for fatalism all human endeavors are futile and in no way are outcomes dependent upon human action (nihilistic fatalism), determism holds that human action is meaningful in so far as human choices are causal agents in the chain of causation.

LIBERTARIANISM/INDETERMINISM
Toward a definition: The libertarian self is autonomous and stands independent of any external factors that may appear causal and determinative. The past does not control the present nor the future but instead both are created spontaneously by the free act of the will. The future, therefore, is open as there is a “ghost in the machine” authentically stepping in to change the course of events and determine the future. Consequently, there is a basis for holding individuals morally accountable for their actions.

“There is an unmistakable intuition that every human being is free to deliberate and make choices and that decisions rendered could have been different, which is why regret and remorse are so powerfully disturbing.” (paraphrasing Corliss Lamont, d. 1995)

Libertarians appeal to the arguments from deliberation, introspection, quantum physics (Heisenberg Principle of Uncertainty), and moral responsibility to make its case. Without a commitment to free will libertarians argue we have no basis for holding people morally accountable for their actions.

Problems for Determinists and Libertarians

Both cannot explain how the mental (nonmaterial aspect of human existence) affects the physical. How exactly does the mind connect with the body and move it to action? What exactly are the points of contact or hooks that move us from the inside out [Cartesian problem]?

Problems for Determinists Include:

Problems for Libertarians Include:

COMPATIBILISM: A Middle Way
Toward a definition: Genuine human freedom is compatible with determinism, broadly defined. It is not logically inconsistency to hold that both free will and causation together explain human choice. That said, simply because an act is caused is not to say that it is compelled. Genuine human action is compatible with causal conditions that decisively incline the will without constraining the will. Humans, therefore, are morally responsible for their actions when genuine alternatives are available and one could act otherwise. There is a “ghost in the machine” capable of making choices that are significantly free and can change the course of events that otherwise would not have instantiated. The question of whether the future is open or closed is a non-sequitur for compatibilists.

[Caveat] It’s important to parse out the notion of choice into 1) action and 2) intention. For example, although neural activities in the brain are involved in raising one’s hand (action), why one does so depends upon one’s intention, which cannot be reduced to a brain state. While a purely physical explanation may get at the mechanics of human choice, a full account of free will involves intentionality, which is beyond the realm of the physical sciences.

Compatibilists (sometimes referred to as soft determinists) maintain that everything in the universe is causally determined (in the Aristotelian sense; see above) but that some form of genuine human freedom still exists.

To illustrate, we need to differentiate between “necessity” and “constraint.” Some events and human choices are “necessary” in that they cannot be changed (e.g., the past), but other human choices are “necessary” in the sense that they are made in light of human nature, based upon the kind of thing a human is. For ex., I can voluntarily and spontaneously move from one location to another by several means (walking, running, skipping, jumping) but I cannot do so by flying. Acting with necessity and in accordance with my nature is not the same as acting under necessity in concert with a fixed chain of causes.

However, I may be constrained to act against my wishes and my will (a teller during a bank robbery). Yet my will to act is not, therefore, removed since I have an option not to comply. It is not inevitable that I yield to the bank robber’s request, but it is within my and/or others’ best interest that I do so.

There is an instance where my will to act is removed and no options exist, such as my body can be forced to move against my will should a driver unexpectedly veer into the bus stop where I’m standing and knock me off my feet. In both cases of constraint (bank robbery, car collision), I act against my will and I am a victim but only in the car collision does my free will have no part to play in the choice, since no alternative option was available to me at the time of impact.

Nevertheless, my desire moves me to act but does not constrain me to act, as illustrated by the fact that I occassionally act contrary to my strongest desires (exercise patience when annoyed). Thus my will to act is determined by my desires most often, but there are instances when my desires do not determine my will to act.

Spread the word (please & thank you)
2015-09-11
Previous Post: Confucius for Christians: A Summary Review (Part 3)
Next Post: When Someone Says, “I Know How You Feel”