A Person Walks into a Courtroom and says…

Below is a hilarious ‘toon (to the philosophically minded) on jury selection by Existential Comics. It reminds me of many years ago when I was summoned for jury selection and the Humean maneuver I pulled (Hat tip to David Hume). The case was a lawsuit that a couple was bringing against a car salesman claiming he caused them innumerable damages for the “lemon” car that was sold to them. Apparently, this car broke down several times and resulted in the couple missing work and a great deal of “related” stress. Each lawyer presented questions to prospective jurors, most of which were innocuous. But this question was the clincher: “Do you have any reservations in awarding financial remuneration for psychological damages suffered?” No one in the jury box declined and every prospective juror answered quickly with essentially, “Nope; no problem whatsoever” …. except for me. When it was my turn to answer the question I responded, “I’m not sure.” The lawyer asked, “What do you mean?” So, I leveled a battery of follow up questions, such as:

“How do we know the psychological damages suffered were caused by the failed car and not by food poising from a bad pizza?” 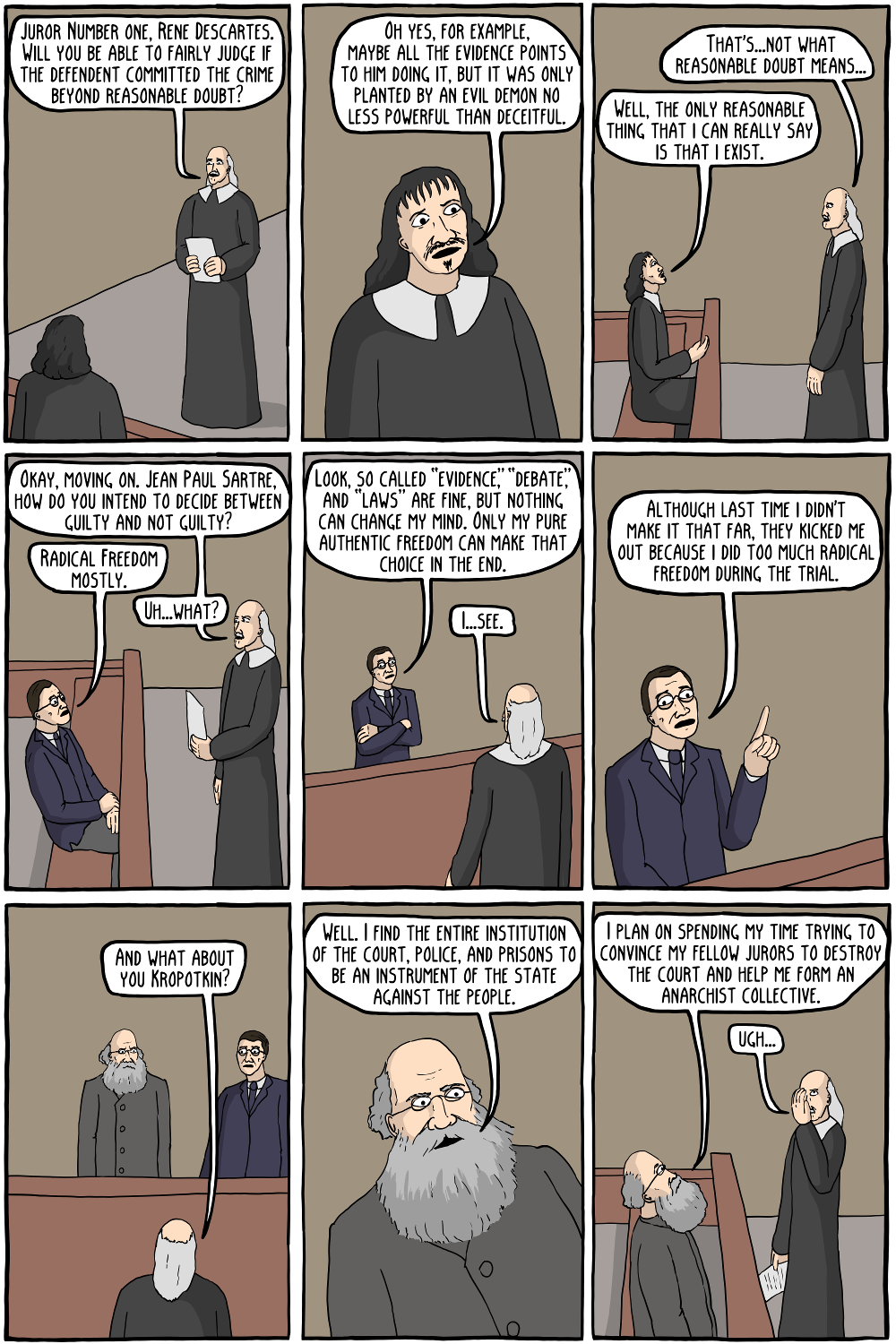