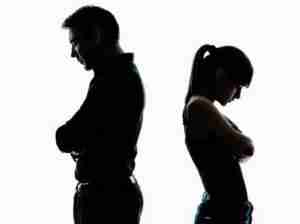 How do you resolve conflict? How does your church resolve conflict? Often those in the crosshairs or with their finger on the trigger just do a 180, pick up, and go elsewhere. It’s far easier to walk away or leave a church than face the emotionally-charged task of resolution. And, given most churches of the evangelical stripe tend to look and feel the same with similar styles of worship and program offerings, it’s simple to “shop around.” Changing churches is often just a change in locations with no deep ties or connections to those in a previous church.

Yet God provides to us a passage about conflict between two members of a local church and some ways to resolve it. Since these verses are in the canon of what we call God’s Word, then there is something for us to learn. Hear now the Word of God:

I plead with Euodia and I plead with Syntyche to be of the same mind in the Lord. Yes, and I ask you, my true companion, help these women since they have contended at my side in the cause of the gospel, along with Clement and the rest of my co-workers, whose names are in the book of life.
(Philippians 4:2–3)

How does your church resolve conflict?

I’m indebted to Don Carson’s commentary on Philippians for much of this material.

Spread the word (please & thank you)
2018-04-04
Previous Post: I Live, No Longer I by Laura Reece Hogan
Next Post: On Christians Talking Past One Another