Eleonore Stump on the Problem of Suffering and Evil 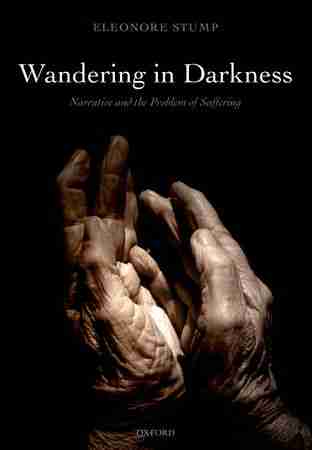 I’m almost finished with Eleonore Stump‘s most excellent Wandering in Darkness: Narrative and the Problem of Suffering. As thoughtful as it is thorough, she takes the characters of Job, Abraham, Sampson, and Mary of Bethany from the biblical narratives and shows that the benefits received because of suffering are greater than the losses experienced from suffering.

I found the psychology as rich and insightful as the philosophy and was moved on not a few occasions to think deeper about the purpose of suffering. Her analysis of shame and guilt were especially helpful.

For example, a person unable to give or receive love (defined as desiring the best for another and desiring union with the other) experiences a lack of internal integration or alienation from one’s self because they are handicapped by standards (whether real or apparent) that they are consistently unable to meet. Divisions within one’s self result in a lack of closeness and union, not only with self, but with others. Feelings of guilt (based on what a person does or fails to do in keeping those standards) and the resulting shame (what a person is) gives them a deep sense of fragmentation within. Alleviating this fragmentation is necessary for love and union with another. When the obstacles of shame and guilt are removed, then love and union obtains. To the extent that a person resists healing of his internal fragmentation he also in effect resists closeness to others (p 156). This willed loneliness shuts out even God. In fact, “even an omnipotent God cannot unite himself to another if that other is alienated from itself. While a person’s will is fixed on the standard by which he is shamed, and on the shame accruing to him by that standard, he remains alienated from himself and from other people, too.”

She opines that forgiveness and a resolve not to meet unreasonable standards is the antidote to and remedy for this lack of internal integration and relational fragmentation. It is possible even for the most shamed person to find a deeper standard of beauty by which he is lovely rather than shamed. She invites us to consider the example of Joseph Merrick, known as the Elephant Man, in this regard (p 157).

The Stanton Lectures of Cambridge University are available here.

Spread the word (please & thank you)
2019-02-19
Previous Post: On Following Others
Next Post: Michael Bird on the Gospel