For all have sinned and fall short of the glory of God.

With these words the Apostle Paul succinctly and poignantly “sums up the human tragedy” and his argument set out in Romans 1:18-3:20 (Morris, Romans, p 176). Sin levels the playing field. Sin is the common ground shared by every person resulting in a compromised moral standing before a morally perfect God. Whether “πάντες,” translated “all” is an allusion to Adam’s sin, a sinful disposition of all, or individual acts of sin collectively expressed, everyone shares the same experience of sinning and falling short (excepting Christ, of course).

But there is more than sin and failure that is common to the human family. Humans are also said to be made in God’s image and likeness (Genesis 1:27; both “image” and “likeness” are probably synonymous). Humanity is the created representation of God on earth. From all God’s creative activity, it is humanity alone that shares the image of its Maker. Whatever this image and likeness means, most agree it involves God’s moral perfections. Though stained by the presence of sin, Scripture indicates that the image remains in all, however nominal (Genesis 9:6; 1 Corinthians 11:7; James 3:9). 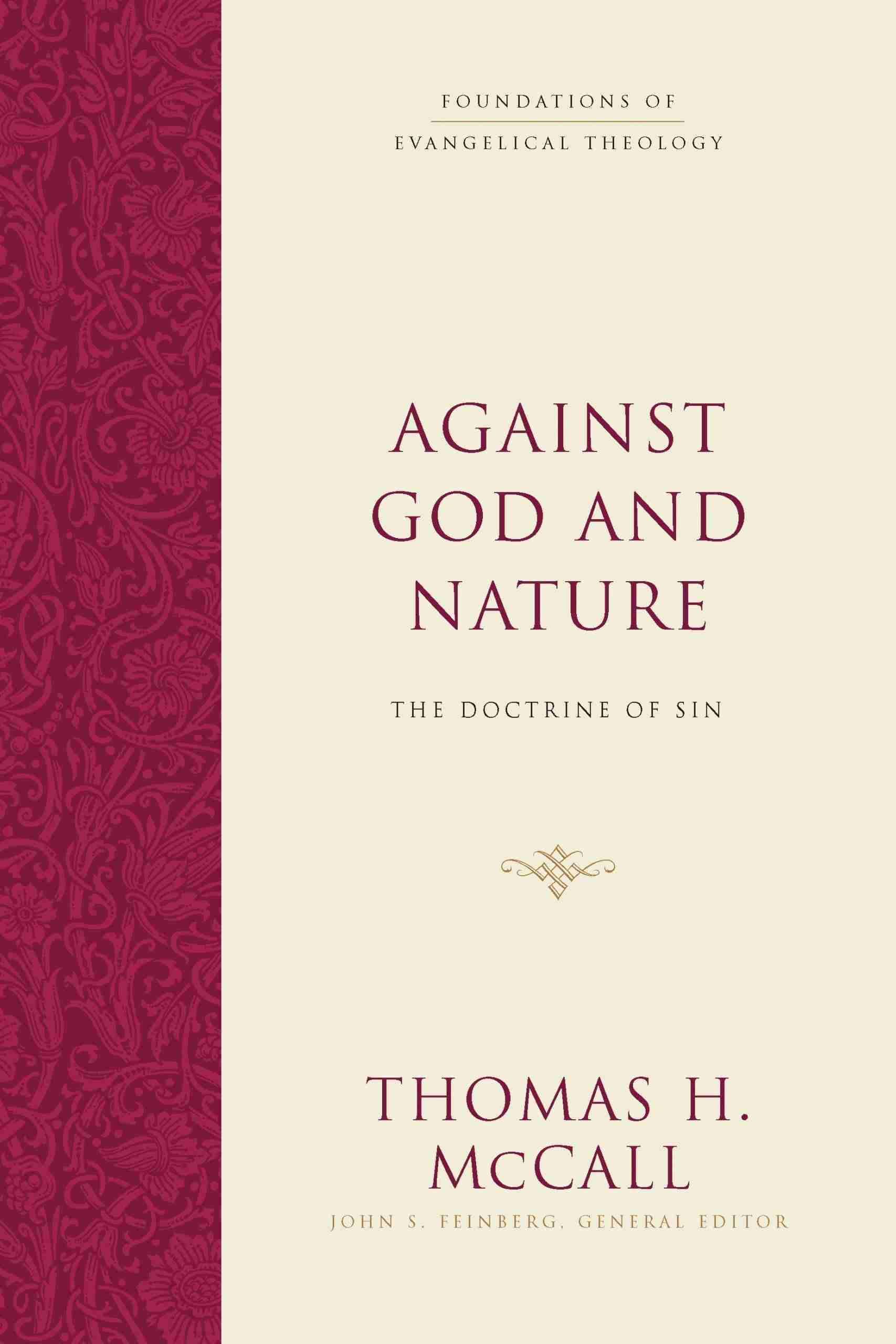 Against God and Nature: The Doctrine of Sin Tom McCall writes, “to sin is to fall short of God’s glory” (p 242). But what is this “glory of God” that humans fail to realize? In this post and from this text in Romans, I argue that God’s glory entails the sum total of his moral excellencies. These include, at least, those communicable attributes conveyed via the imago dei (goodness, justice, knowledge, love, rationality, mercy, truthfulness, wisdom, et al.). Not only is the experience of sin shared by all, so too is the imago dei and it is Romans 3:23 that starkly captures these antithetical properties of humanity. In a word, humans are fractured beings, divided at the core. When confronted by God’s glory, a profound existential crisis occurs in us (cf., Isaiah 6:1-5).

As God’s image bearers all humans are designed for and intended to mirror God’s moral excellencies, though all fail to do so. Some fail less frequently or less intensely than others, but all miss the mark. To borrow from H. C. G. Moule, all may reach for the stars, and taller people indeed get closer, but none are able to touch them. No one can reach the goal of consistently and perfectly reflecting God’s moral excellencies because the ability is just not present. We are utterly deficient of and wholly destitute in reflecting the image of our Creator, aside from some assistance beyond us.

Yet sin is not just about ability; it’s also about choice and desire. Even if humans had the ability to span the distance, reach the goal, and live a life that always reflects God’s moral excellencies, the choice is not there because the desire to do so is absent. In this absence the human heart has a persistent bent toward sin and an inclination away from goodness (see Romans 7:14-25). Anecdotal evidence is hardly lacking except where denial or equivocation has overshadowed reason.

Sustained reflection on Romans 3:23 and some reading about it brings me to the following findings. To clear the way for defining “the glory of God” in this passage, I will unpack a few details from this verse, then reassemble the pieces to construct what I believe the Apostle is getting at here.

First, the tense of the verbs is not insignificant. Paul states all “have sinned” (ἥμαρτον, aorist active indicative). Cranfield has it right that this is a proleptic look from the viewpoint of the last judgment. In other words, at the end of the day, and at least most days in between, every human has sinned (see Cranfield, vol. 1, ICC, Romans 1-8, p 153, n 2 and p 204. So also Moo, NICNT, Romans, p 226, n 32). Or, as Mike Bird suggests, it’s most likely a “gnomic aorist,” used to represent a general state of affairs or the summation of habitual action (see, Story of God, Romans, p 115, n. 20).

Second, “fall short” (ὑστεροῦνται, present passive indicative) is equally noteworthy. While the present tense suggests not only the current status of all who fall short in addition to an ongoing status, it is the passive form that caught my attention. Too often I’ve understood that it is the subject “πάντες,” translated “all” who are actively and intentionally falling short, indicating that sinning and falling short are two separate activities. Yet the passive indicates “all” are being acted upon and not the ones acting. The passive could mean that it is God who actively deprives sinners of his glory (so Bird, p. 115, n 21). Alternatively, it may mean that sin deprives humans of God’s glory. Perhaps both are possible, though I lean more toward the latter (see especially Genesis 4:7 for an example of the personification of sin as an active agent that undermines human activity).

The two verbal expressions “have sinned” and “fall short” are linked by the conjunction καὶ, translated “and.” What is the logical relationship between the two verbal units? Are these two separate activities? No. The first verbal expression “have sinned” is most likely the cause of the second verbal expression “fall short” such that falling short is the consequence of sinning. English speakers use the conjunction “and” in this way, such as the example, “He went out drinking and landed in jail.” Because he went out drinking, he landed in jail. Likewise, because all have sinned, all fall short of God’s glory.

Turning directly to the question at hand (namely, what does Paul mean by the “glory of God” in Romans 3:23) I want to point out the obvious, namely, it is God’s glory that is the standard here. The text does not say, “All have sinned and fall short of reaching their potential.” Sin is not merely failing to achieve some arbitrary goal set by some human ambition rooted in some utopian fantasy for some greater good. Nor is sin a lack of glory in humanity. That bar is set too low. When God’s glory is no longer the standard, then any view of sin will be diminished accordingly by that lower standard. C. S. Lewis comes to mind.

“It would seem that our Lord finds our desires not too strong, but too weak. We are half-hearted creatures, fooling about with drink and sex and ambition when infinite joy is offered us, like an ignorant child who wants to go on making mud pies in a slum because he cannot imagine what is meant by the offer of a holiday at the sea. We are far too easily pleased.”  C.S. Lewis, The Weight of Glory, and Other Addresses

Instead, Paul points to the glory of God as the measure of sin and it is only by grasping God’s glory that we can know what sin is. No other standard will do and nothing else compares. Sin is opposed to God and to his glory. McCall is surely right as he opines:

True, sin involves moral transgression of God’s law (1 John 3:4), but it is markedly true that “sin is not less than but more than mere transgression of divine law.” Why? Because sin is “deeply and profoundly personal.” Sin is against a person (McCall, p 242).

Why then would God’s glory be the benchmark? I found it is here that McCall is especially helpful when speaking of “vainglory” or the sin of pride. He notes that “vainglory is … a profoundly theological vice,” since “as human creatures, we are made to glorify God; we are made, that is, to receive and reflect God’s glory … In other words, vainglory is the exaltation of our own pursuit of glory over a proper concern for the glory of God” (p 272). Referencing Aquinas, McCall states:

God’s concern for his own glory is not motivated by a concern for his own stature, prestige, or well-being for its own sake. Indeed, given the truth of the doctrine of divine aseity, it could not be otherwise. Thus, it “is therefore evident that God seeks glory, not for His own sake, but for ours.”(p 272, on aseity see here)

Rather than first and foremost taking pleasure in God’s glory and embracing our pride of place in the universe as his image bearers, pride has so consumed us that we have “exchanged the glory of the immortal God for images made to look like a mortal human being” (Romans 1:23). And yet, by God’s mercy and through the incarnate Christ, God condescends to be for us what we cannot be for ourselves. This is partly because “God loves us too much to let us be truly and finally satisfied by the praise and approval of mere mortals” (p 273). “Our true glory” is found not in ourselves but “by loving and glorifying God with all our heart, mind, soul, and strength” as we “radiate God’s beauty and goodness” to others who are drawn to the same (p 274, referencing Rebecca DeYoung’s Glittering Vices). This is the summum bonum of humanity and this is the raison d’être for the imago dei.

In fact, God’s glory is the full weight of his honor, prestige, or moral splendor (it’s no accident that the Hebrew word for “glory,” “kâbôd,” means “weight”). It is from the sheer volume or abundance of beauty and goodness in God that the imago dei radiates God’s glory. God’s moral excellencies are reflected perfectly in the life of Christ who himself is the image and glory of God, our second Adam (2 Corinthians 4:6; Romans 5:19 respectively). A day is coming when the moral excellencies of God will manifest fully and consistently in the people of God at the appearing of Christ (Romans 5:2; 8:18, 21; Colossians 1:27; 2 Thessalonians 2:14; 1 Peter 5:1, 4). In this and for this we hope and by this we strive, if only imperfectly (2 Corinthians 3:18).

Why does this matter? Because, right now “there are no ordinary people” and someday there will only be “everlasting splendors” (C. S. Lewis). In the eschaton, the image of God will finally and fully eclipse our sinful disposition and God’s glory will be the remnant that shines forever (cf., Revelation 21:23-27).