God and Guns in America

For too long too many have taken too much for granted in the heated discussion around guns and violence. God and Guns in America by Mike Austin is a vital read that is sure to lower the volume on this subject, open minds, and close the gap that polarizes a nation. Instead of yet another book arguing for one position over another, Austin looks at the deep divide and offers a better way that all sides will want to consider. His research is accessible, thorough, and balanced. He calls for peace building along with significant enhancements or wise alternatives to the current 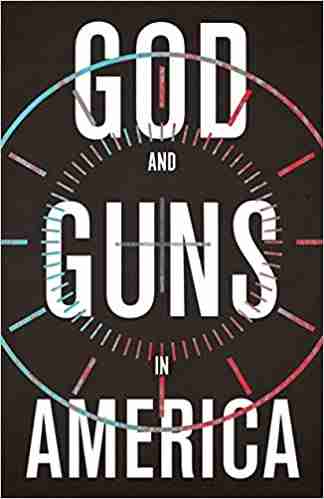 laws and attitudes that govern gun ownership in America. Most arguments used to defend rights or self are challenged gracefully and with sound reasoning. Everyone, regardless of conviction, will benefit from reading this informed and insightful offering.

Those bent on a certain Christian tradition that insists upon gun rights will find a fair assessment of those biblical texts often used to support their position. At every turn Austin respects the biblical context and shows where the content of Scripture is most often misapplied by gun rights activists. A review of the history of guns in American culture is detailed, along with keen analysis of varied readings on the 2nd Amendment, most of which I was surprised to learn. He concludes that Christian courage is grounded in love and not power. Summing many attitudes on gun rights and gun ownership he writes:

Many Americans contend that the right to own a gun is justified in part by the belief that guns are a bulwark against tyranny. Surveys show that many people in the United States associate the private ownership of firearms with values like liberty, individualism, self-reliance, and distrust of the government. In light of this, many contend that any additional restrictions related to firearms is tantamount to an assault on our liberty and the rights granted to us by God. (p 57)

It is this view (and much more) that Austin contends is faulty and needs the voice of reason, responsible interpretation of relevant biblical texts, and the availability of reliable data that is not driven by political gain to show the way forward. Though by no means against gun ownership or the complete abolishing of the 2nd Amendment, Austin offers a model that would result in a flourishing and vibrant culture that prizes true freedom and liberty while respecting human dignity.

There is so much to commend this book. These brief comments are meant to pique interests and encourage a wide and thoughtful readership. I was heartened to find a robust, responsible biblical stance with prudent and practical advice on every page. Without doubt all Americans will be better informed and ably equipped for entering into meaningful discussions having read God and Guns in America!

Chapter 1: God, Guns, and America
Chapter 2: The Right to Own a Gun
Chapter 3: Guns, Lies, and Bad Arguments
Chapter 4: Violence, Guns, and the Gospel
Chapter 5: A Bible and a Gun
Chapter 6: Christ, Character, and a Colt .45
Chapter 7: More than Thoughts and Prayers

Michael W. Austin is Professor of Philosophy at Eastern Kentucky University. He is the author of numerous books, journal articles, and online writings on ethical and religious questions and believes that Christian ethics is relevant to all of life. He is the author of Psychology Today’s blog, Ethics for Everyone.