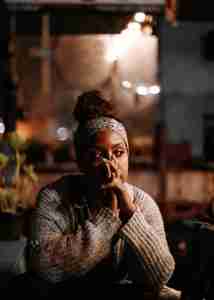 What is the role of faith and reason in belief formation? Is there a difference between a preference, an opinion, and a belief? Is faith opposed to reason or does faith complement and work together with reason?

First, faith is not fideism (a blind leap into the unknown; uncritical acceptance of some position; the notion that faith is contrary to or even hostile toward reason). No one has faith in faith. The saying, “Just believe!” seems to ignore the distinction between the subject and object; a believer and the belief.

Faith begins with knowledge (notitia). Faith involves our cognition or mind and is not some amorphous, empty container. Faith necessarily entails awareness. That’s what we mean when we say we have “faith in” something or someone.

Knowledge leads to assent (assensus). In assent we move from cognition to conviction. When we assent to a belief, we are admitting the truth of it. Assent includes knowledge of (notitia) but also acceptance that (assensus).

Faith comes to completion in trust (fiducia). From cognition, to conviction, faith culminates in commitment. Whereas notitia is primarily intellectual, assensus emotional, fiducia is volitional. Faith is trust that surrenders to the belief as we understand it. All three faculties are engaged in faith: intellect, emotions, and will.

Can I know something is true without being able to show it is true? Sometimes I hold a true belief without knowing the reasons why it’s true. Consider: If you were asked to factor the equation x2 – 3x – 10 and you believed (without solving) that the true answer is “(x – 5) (x + 2),” you would be correct, even though you may not know how to solve it by the mathematical process. The truth of your answer remains, though you may not know how to derive that answer. Similarly, some beliefs can be true without reasons. I can hold a true belief without knowing why that belief is true. This is not to say that a belief is false if I don’t have reasons for it. It is to say that justification for a belief is not the same as the belief itself. Sometimes what I know is true is different from what I can show is true.

Which comes first, faith or reason? The expression “fides quaerens intellectum“ (faith seeking understanding) may help us. Sometimes our beliefs begin with faith and then move toward understanding. Consider: a child takes for granted what their parent says and then grows in understanding. We first trust a map and then come to understand how to use it. When your car breaks down, we first come to the owner’s manual from a position of trust in those who wrote it. Faith seeks understanding.

Can I have a measure of doubt about a belief and still commit to it? Consider: On my wedding day I did not have 100-percent certainty that my marriage was going to work out. There was some doubt. Yet, because I had more certainty than doubt, I committed. This is how faith works in belief formation; it does not remove all suspicion but contains enough certainty to make a commitment.

Is it hard to change my beliefs? Most beliefs don’t exist in a vacuum but exist within a network of deeper beliefs about how I understand the way the world works. This network of deeper beliefs is called a worldview. A worldview is a collection of theoretical commitments that form a framework in which I evaluate new or opposing ideas. Like a set of lenses through which I assess everything, my worldview is essentially decided prior to being exposed to new ideas. In fact, my interpretive skills for evaluating new beliefs can be held hostage to my worldview such that alternative viewpoints are not given a fair chance.

Moreover, if I limit my exposure to questionable ideas, then my sense of well-being stays intact. And, since how I think, feel, believe, and behave is forever being sculpted within the context of my social experiences, I tend to seek out social networks that serve as an ideological echo chamber. When everyone in a crowd thinks like me — though I succumb to confirmation bias — my sense of well-being is preserved. “Birds of a feather…”

Beliefs are not always a matter of the mind; they’re also a matter of the heart. As Blaise Pascal said, “The heart has its reasons of which reason knows nothing.” Some beliefs are rejected, not because they make little sense, but because the consequences of embracing them are too much to bear. Once this realization sinks in, then skepticism takes hold and reasons are crafted to reinforce opposition. In fact, the more a matter cuts to the core of my being ­— my humanity — the more likely I will resist or reject some new belief. Reason and truth can be casualties of expediency or convenience. Paul Copan speaks to this phenomenon:

The less a matter cuts to the core of my being— my humanity — the less likely it is to distort my reasoning. So, for instance, my thinking is not very likely to be distorted when I perceive a yellow warbler in a branch just outside my window, which leads me to conclude that I am being appeared to warblerly. However, the closer the topic comes to the core of my being — moral choices, guilt, shame, ultimate authority, personal autonomy — the greater the tendency to “subordinate truth to other values”. The noetic influence of sin — the impact of sin on the mind — is bound to affect our philosophizing. (A Little Book for New Philosophers)

Spread the word (please & thank you)
2021-07-22
Previous Post: The ESV Bible, the Gideons, Slaves, and Anti-Semitism
Next Post: Election and Salvation in John’s Gospel