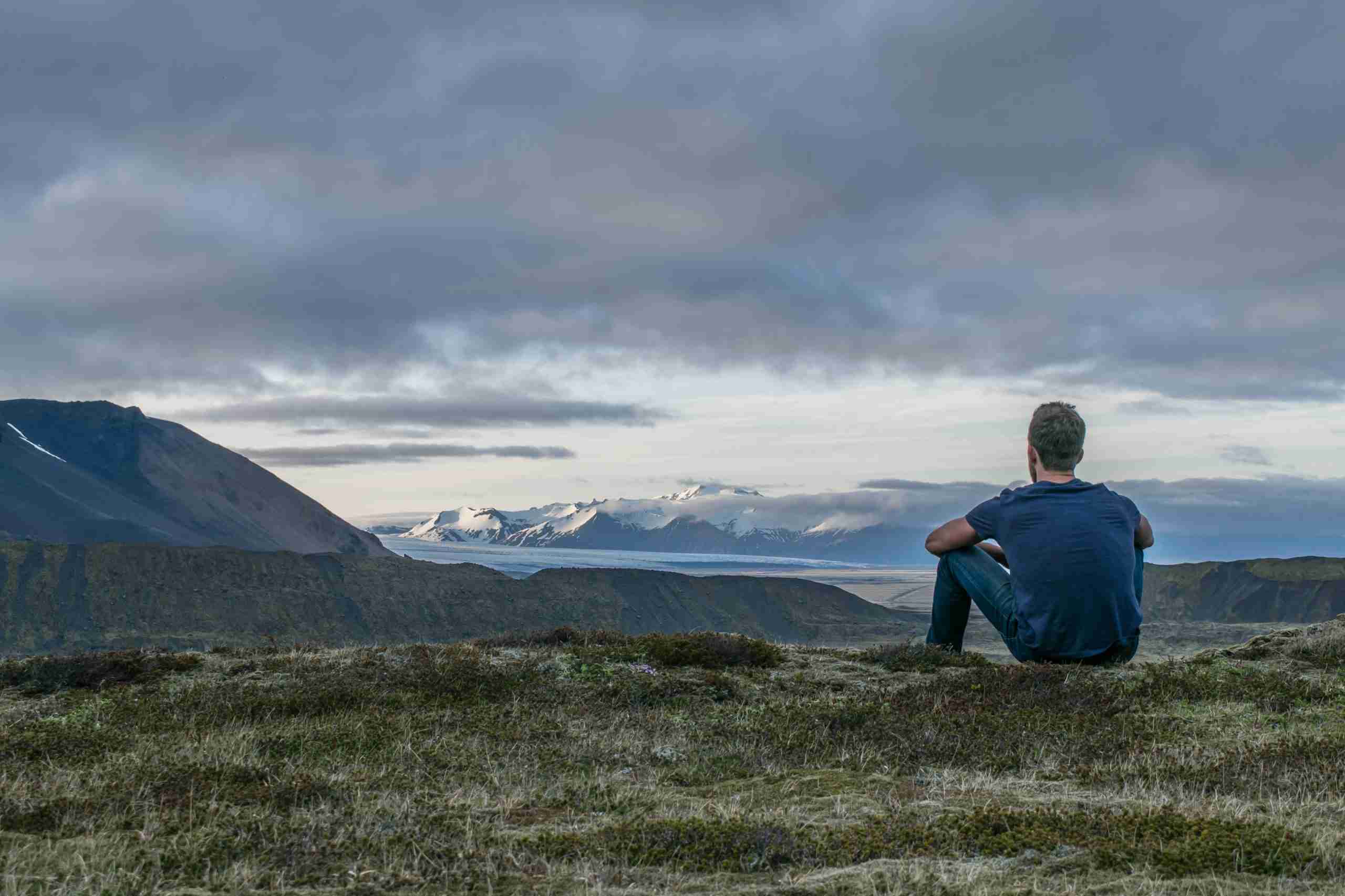 How do you think about God? If you had to describe God to someone, how would you go about it? What attributes would a divine being possess? Typically God’s being is communicated in relational terms but do we know what God is like? Rather than turn to the Bible, could you talk about God with someone who is pondering the existence or character of God? After all, if someone does not believe in God, they certainly won’t believe God speaks or give much credibility to the Bible. You might consider taking the following approach. Though involved, what I’ve written below is not difficult, so chunk it out and take your time. Maybe something will stick!

Let’s define our terms carefully, which is always important when having a cogent and convincing discussion. An attribute is a property or feature that describes a quality or function of a thing that is either essential to its existence or nonessential to its existence. Sometimes philosophers think of this distinction as essential versus accidental properties. Essential properties make a thing what it is fundamentally. Accidental properties, on the other hand, are “optional.” A thing or being could still be what it is essentially without possessing certain accidental or nonessential properties. Take human beings, for example. We are both metaphysically complex (having many parts, material and immaterial, such as body + soul) and we are metaphysically rich beings having multiple immaterial properties (e.g., reason, emotions, volition). God, however, is not a metaphysically complex being (having many parts), but he is a metaphysically rich being (having many attributes). I suppose we could say God has many properties, but not many parts. Thus God, unlike humans, is no ordinary being. I said all this to illustrate that we must be careful not to confuse what we are as humans with what God is as divine. He is entirely unique on the metaphysical scale!

Now, in thinking about what God is we could say, along with many others, that God’s attributes can be grouped into categories. Consider the following taxonomy:

Exactly how is the being of God related to the attributes of God?

First, the via negativa (or what God is not)…

Instead, God is a being in attributes and the attributes are in God’s being. In other words, God would not be what he is without possessing each and all of the properties listed. Each attribute of God, therefore, is an essential attribute. 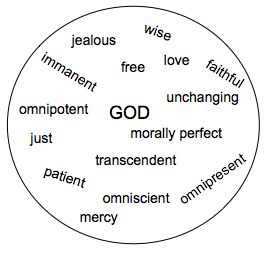 Consequently, God exists as a simple, indivisible being. He cannot exemplify properties independent of himself, nor is he a composition of individual parts. All of God’s existence consists of one integrated, eternal being expressing himself in various “attributive” ways. He is completely loving, just, holy, merciful, jealous, wise, etc. All of God’s being exemplifies all of his attributes perfectly  and completely all of the time. Moreover, every attribute  is qualified by every other attribute. For  instance, God is mercifully just and  justly merciful. Not one of his attributes  is laid aside in order to express any other.  Every activity of God is conditioned by  all of his attributes simultaneously. God’s  entire being is in each attribute and each  attribute is in God.

What could it mean to call God a simple, indivisible being? When we say “God is x” we are not talking about the parts of God.

“The reason why a nature is called simple is that it cannot lose any attribute it possesses, that there is no difference between what it is and what it has, as there is, for example, between a vessel and the liquid it contains, a body and its colour, the atmosphere and its light  or heat, the soul and its wisdom. None of these is what it  contains; the vessel is not the liquid, nor the body the  colour, nor the atmosphere the light or heat; nor is the  soul the same as its wisdom.”
— St. Augustine

God is “indivisible” because he has no attributes  that can be distinguished from himself and because  something divisible “is not absolutely one, but in a  sense many and other than itself” (St. Anselm).

So far I have laid out a taxonomy of God’s attributes, addressed the relation of God to his attributes, and spoke briefly about divine simplicity or God’s being as indivisible. What follows is an outline of a few “variations” on the idea of God’s being, some remarks about God’s freedom, and thoughts about God’s omnipotence or power.

Necessity
First, God’s existence is “from within” himself, which means his existence is derived solely from himself and not from another. As a self-existing being who depends on nothing for his existence God exists necessarily. For a being to exist necessarily it must exist not only in the actual world but in every possible world. There is no conceivable world in which God’s existence is impossible. [Incidentally, its important that understand that “necessity” does not come in degrees or variations. Like “perfection,” a necessary being cannot be “more” necessary, just as a perfect thing cannot be more perfect. A necessary being is maximal or in a final state of being and is, therefore, “greatest,” rather than merely “great/greater.”]

Freedom
Second, a being that is self-existent necessarily must also be completely independent or “free” with respect to volition. God acts freely without external constraint, compulsion, or coercion. He is Self-determined. We might even say that God is free to create and free not to create. Thus, God freely chooses to enter into personal relationships with his creatures or he freely refrains from doing so.

In addition, God is free with respect to anything outside his own being and purposes moving him. In other words, nothing other than himself compels him to be or do anything. It would seem that a purely self-determined being is free from all metaphysical change in its being. A perfectly “free” being does not change but remains the same. God never grows or develops. He never becomes better or worse, greater or less. God is unchanging in his being, perfections, purposes, and promises. There is no quantitative or qualitative change in God. This is not to say God is a static being; rather he is a stable being. He dynamically operates in ways consistent with his being and his character moved only by and from his attributes. Therefore, God is authentically free and freely authentic to be all and only himself.

Power
Third, that God is moved does not tell us what it is that moves him. What exactly propels God to action? What is the scope of God’s abilities? Are there any limitations to what God can do? Is God all-powerful? Typically, God’s omnipotence means he is capable of doing all those things which are logically possible and perfectly consistent with his character. Nothing God purposes can be turned back, nor is he limited to doing only what the human mind can conceive. Although there are some things that are impossible for God (he cannot do less than his best, deny himself, lie, etc.), these are not to be considered limitations, but rather perfections of his character.

Someone may ask “Can God make a rock so big or heavy that he cannot move it? Can God make a philosophy class so boring that even he falls asleep?” The short answer is “No.” A physical object so big or heavy that an omnipotent being cannot move is a contradiction. To claim God is all-powerful does not mean he can do anything I can express in words. For something to be accomplished it has to be a logical possibility. Logical contradictions, though capable of being expressed in words, are not possibilities in the actual world. Thus it is no limitation on an omnipotent being to claim he can only do what is logically possible.

It makes no sense to say that God can bring about an impossible state of affairs that could never be actual (e.g., married bachelors, square circles; two-sided triangles). Too, we need to include the temporal element (or time) when we think of what God can or cannot do. For example, God lacks the power to bring about a state of affairs that conflicts with the past or with the future (what will occur, given conditions x, y, z, etc.). God cannot actualize dated past facts. Once a state of affairs has occurred, it can never again occur. As Aristotle pointed out “For this alone is lacking, even in God, to make undone things that have once been done.” (Aristotle, quoting Agathon in Nichomachean Ethics).

Finally, God lacks certain powers with respect to himself. He is essentially morally perfect, all-knowing, and eternal. It is impossible for God to commit an immoral act, forget something, believe something that is false, commit suicide, or cease to exist. Because our powers extend to such acts, it appears we have the ability to do some things God cannot do. However, this is not a limitation on God’s power but a defect in the use of our own.

What we could say, therefore, is that God’s omnipotence means having the power to bring about any state of affairs that is possible, not already actual but possible, but not impossible.

Spread the word (please & thank you)
2021-08-19
Previous Post: Election and Salvation in John’s Gospel
Next Post: The Practice of the Absence of God: A Meditation for Renewal