Has Shame Gotten a Bad Rap? 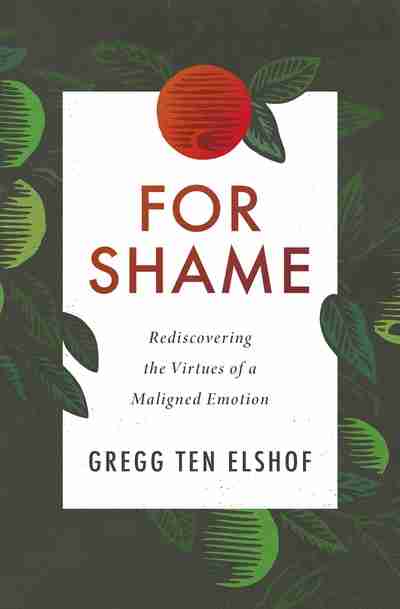 Gregg Ten Elshof has done it again. He has written an especially helpful and deeply insightful book proposing that we would do well not to dismiss shame altogether. This book is highly accessible, deserves wide attention, and would make an outstanding resource for group discussion. For Shame: Rediscovering the Virtues of a Maligned Emotion calls readers to a more nuanced understanding of shame and demonstrates how this emotion actually advances human flourishing and is not always destructive or unhealthy.

While the act of shaming others (publicly or privately) is rightfully suspect, felt shame should not be considered the toxic emotion that popular media suggest. The conclusion nicely sums the book’s purpose:

The central claim of this book has been that the dominant movement in contemporary Western culture has things exactly backward when it comes to shame. In psychology, counseling, the social sciences, and even popular culture, the contemporary Western mindset is decidedly antishame. It contends that shame is an inherently destructive emotion and that we should eliminate it from the range of emotions we experience. Ironically, shaming, on the other hand, has been widely embraced as an acceptable instrument of social change. It is explicitly embraced by those who seek public disgrace of others for the sake of their cause or movement. And it is tacitly embraced by the rest of us who have an appetite for the consumption of stories about folks who have been successfully shamed [think Facebook]. Ours is a culture that is extremely suspicious of shame but widely accepting of shaming. (p. 119)

It is strangely odd that contemporary culture has such an ambivalent relationship to shame and shaming. Each chapter labors (quite successfully, in my estimation) to shore up and unpack these claims by addressing the attitudes and beliefs of contemporary culture.

Ten Elshof astutely notes that shame is a social phenomenon. What counts as felt shame is the sting of being discredited by a community of people we value. It is tantamount to a loss of honor in our community. Therefore, restored honor is what brings us back into alignment with our group, rather than the removal of our ability to feel shame. He is careful to specify differences and log definitions not only for shame, but the associated emotions of shamelessness, guilt, embarrassment, honor, and innocence.

One expression I found especially helpful in assessing the value and function of shame is “affective alignment” — the notion of having fitting emotions that correspond to our circumstances. Ten Elshof uses the example of being dressed appropriately for the occasion. Attending a formal wedding in the same clothes you wore after a day at the beach would evoke embarrassment, which is a fitting emotion that is “affectively aligned” with circumstances. He observes:

If you fail to publicly conform to strongly held and widely shared moral convictions in your context, you will be subject to sharp social decline, regardless of your awareness of what others think and feel. If you are aware of your sharp social decline but have no affective response whatsoever—if there is no negative emotion associated with this precipitous loss of social capital—then your emotions are not well aligned with your reality. You’re affectively misaligned. You’re shameless. (pp. 22-23)

One other keen insight that I found strikingly obvious is the application of shame to the Prodigal Son story (Luke 15:11-31. See also Volf’s powerful portrayal here). Although this story has been read time and again in light of unconditional forgiveness, Ten Elshof notes “there is no mention at all in the story of the father forgiving the son” (p. 123). Instead, the story is about restoring the son’s honor in light of his shame from squandering his inheritance. The son “no longer considered himself worthy to be called his father’s son.” The father’s response is telling as “the rescue from shame came through the restoration of honor” (p. 124). Ten Elshof explains the familiar story in this new light:

The first thing the father does is to run to his son…The father is setting aside his dignity and his honor in the way he approaches his son. Dignified men do not run. The picture of a man running in his robes to embrace his dishonored son communicates that the man is setting aside his honor and condescending to his disgraced beloved. Then the father embraces and kisses the son, declaring to everyone watching that he and his son are united…. Were the father concerned with the preservation of his honor, he would have publicly disowned his son…. He symbolizes their unity by putting a ring on his finger…The story ends with feasts and with the father clothing his dishonored son in robes, an indication that he has restored his son to a place of honor in the father’s household….The primary message of the story is not that of a son who wronged his father and receives generous unconditional forgiveness rather than punishment. It is a story about a son who falls into shame and is restored to honor by a father willing to condescend and suffer indignity by identifying with and celebrating the dishonored son. (pp. 124-125)

The parallel to the message of Christianity is clear:

When we read the prodigal son story as a picture of the incarnation and atonement, we find it has less to say about the forgiveness freely available to us in Christ and far more about God’s plan for rescuing us from the shame of our fallen condition. We, like the son, have fallen into shame as a consequence of sin. And when you have fallen far into shame, nothing you do can restore your honor. You’re stuck, unless someone with honor to spare is willing to condescend to identify with you. In the incarnation, when God became a human being, Christ suffered the indignity of identifying with the shamed, like the father in the story. He says, in effect, “I am with them.” And he condescends not only to become a man but also to suffer the shame of betrayal, wrongful conviction, torture, and naked crucifixion to rescue human beings from their fallen condition. He promises a feast of celebration for all who receive his gracious offer of rescue. (p. 126).

So very much more could be said, but I’m hopeful these brief remarks will spur readers on to mine the depths of this important book. Highly recommended!

Read my summary review of Ten Elshof’s previous work, I Told Me So: Self-Deception and the Christian Life.

Spread the word (please & thank you)
2021-10-04
Previous Post: Is Faith in Christ Enough?
Next Post: The Gospel Precisely: Some Remarks